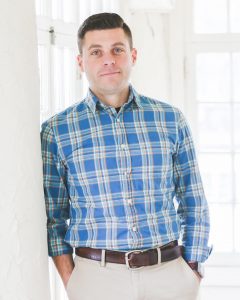 Attorney Holt graduated from the Quinnipiac University School of Law with a concentration in Alternative Dispute Resolution and Civil Advocacy in 2006.  After six months as a community mediator in the Waterbury and Bridgeport G.A. courts, he spent 7 years as a State of Connecticut Judicial Branch Family Relations Counselor in the New Haven Superior Court. In this role Attorney Holt mediated, facilitated and evaluated hundreds of contested financial, property and child custody disputes as well as serving as a Special Masters. As a Family Relations Counselor he underwent extensive training in the areas of child psychological development, mediation, parenting plan development, custody evaluations and domestic violence risk assessment amongst others. In addition, Attorney Holt has also received training in non-defensive communication, facilitation of deliberative dialogue and collaborative divorce.

After nearly four years working in the area of insurance policy holder defense, at times representing large corporations in the mediation of multimillion-dollar, multiparty liability payment scenarios, Attorney Holt returned to his family law “roots” and founded his own firm, Holt Law LLC, based in Woodbridge. His new practice is focused primarily on helping families navigate the complicated overlap of emotional and legal issues confronting them both during and after divorce in a less adversarial manner, via mediation, collaborative family law, parenting coordination, and broader dispute resolution pursuits.

Attorney Holt has also received certification from the Connecticut Judicial Branch to serve as a guardian ad litem, is an active member of the Connecticut Council for Non-Adversarial Divorce (CCND), including two collaborative pods; Divorce Solutions of CT and the Collaborative Divorce Professionals of Fairfield County Association of Family and Conciliation Courts, the International Academy of Collaborative Professionals (IACP), the Association of Family and Conciliation Courts (AFCC), is a board member for the Connecticut Mediation Association and a member of the Connecticut Bar Association, Alternative Dispute Resolution Section, serving on its Legislative Liaison Committee. He is also an adjunct professor at Quinnipiac University School of Law, where he currently supervises the CHRO Mediation Externship program and most recently taught Divorce and the Divorcing Family.